How to use Android apps on a Mac?

Today, many companies do their best to provide cross device services. I’m a big fan of this logic as you already saw on a previous post about using WhatsApp and Facebook Messenger on OSX. But sometimes there is no porting or adaptation. This is mostly the case with mobile games or young startups.  That’s why I started to use Android emulators, android virtual machines and other experiments.

A few weeks ago Bluestacks released their final version for Windows and OSX to the public. The route has been quite long but today everything is relatively easy to install and use. Here is a step by step tutorial to do the same on your mac. 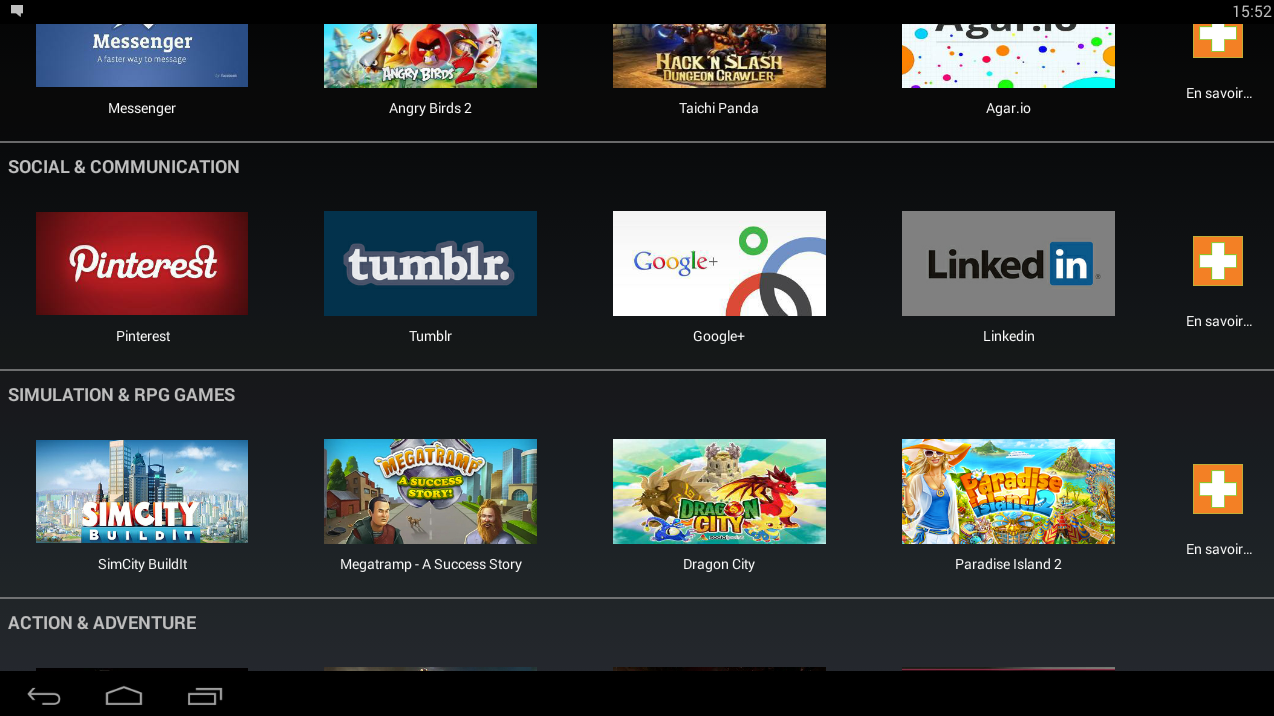 Bluestacks first screen : A list of popular apps and games to install

Bluestacks uses distant servers, it basically runs your apps on them and transfer it to your Mac. PlaySation users are already familiar with this kind of process. This technology doesn’t require you to have a powerful computer but you’ll need a strong and stable internet connexion. For those who are already on Mac OSX El Capitan, everything works fine on my Beta version.

When it’s done, open BlueStacks-Installer.dmg and double click on the installer. It can take a few minutes before you reach a new screen that asks if you want to have access to Google Play. My system is in French and I didn’t find a way to use English for the installer but you won’t have any trouble to understand yours. 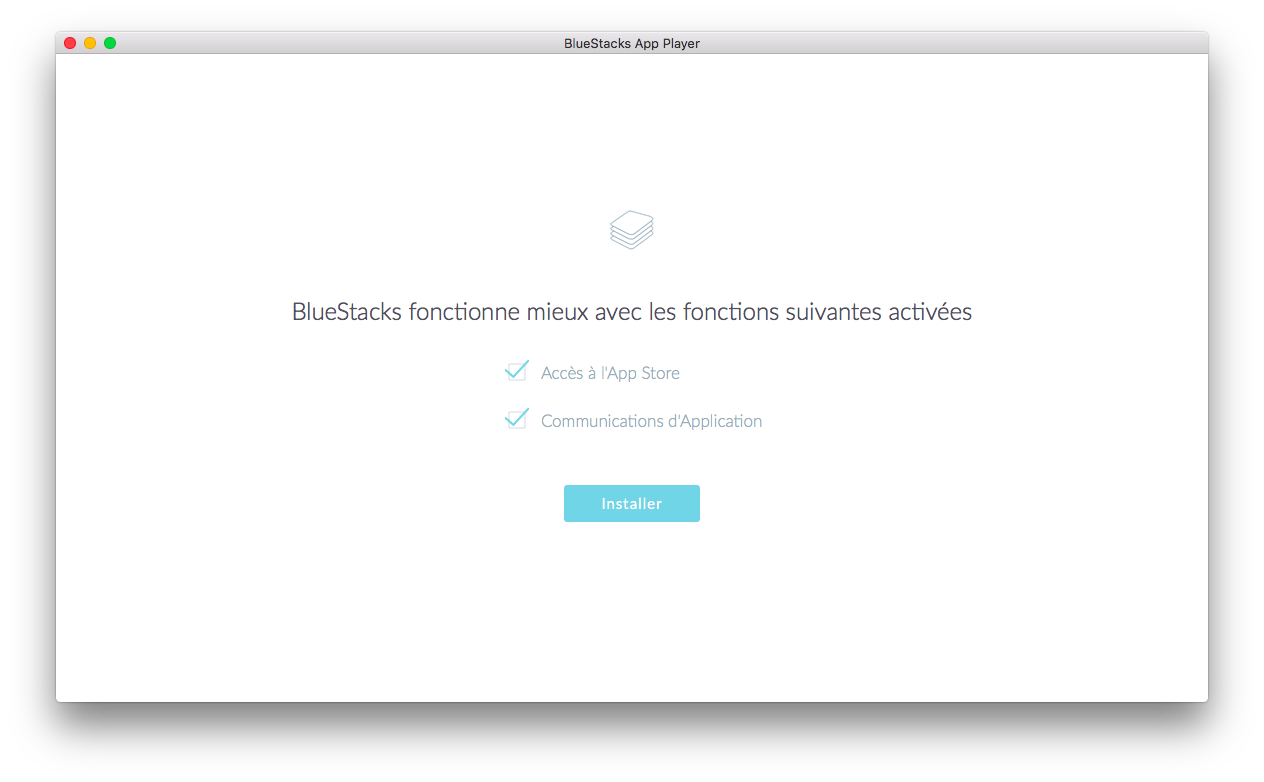 To download your apps via Google Play you’ll have to log into your Google account. The system will prompt you the screen below the first time you want to install something. Or you can go to Settings > Manage Account > Google. 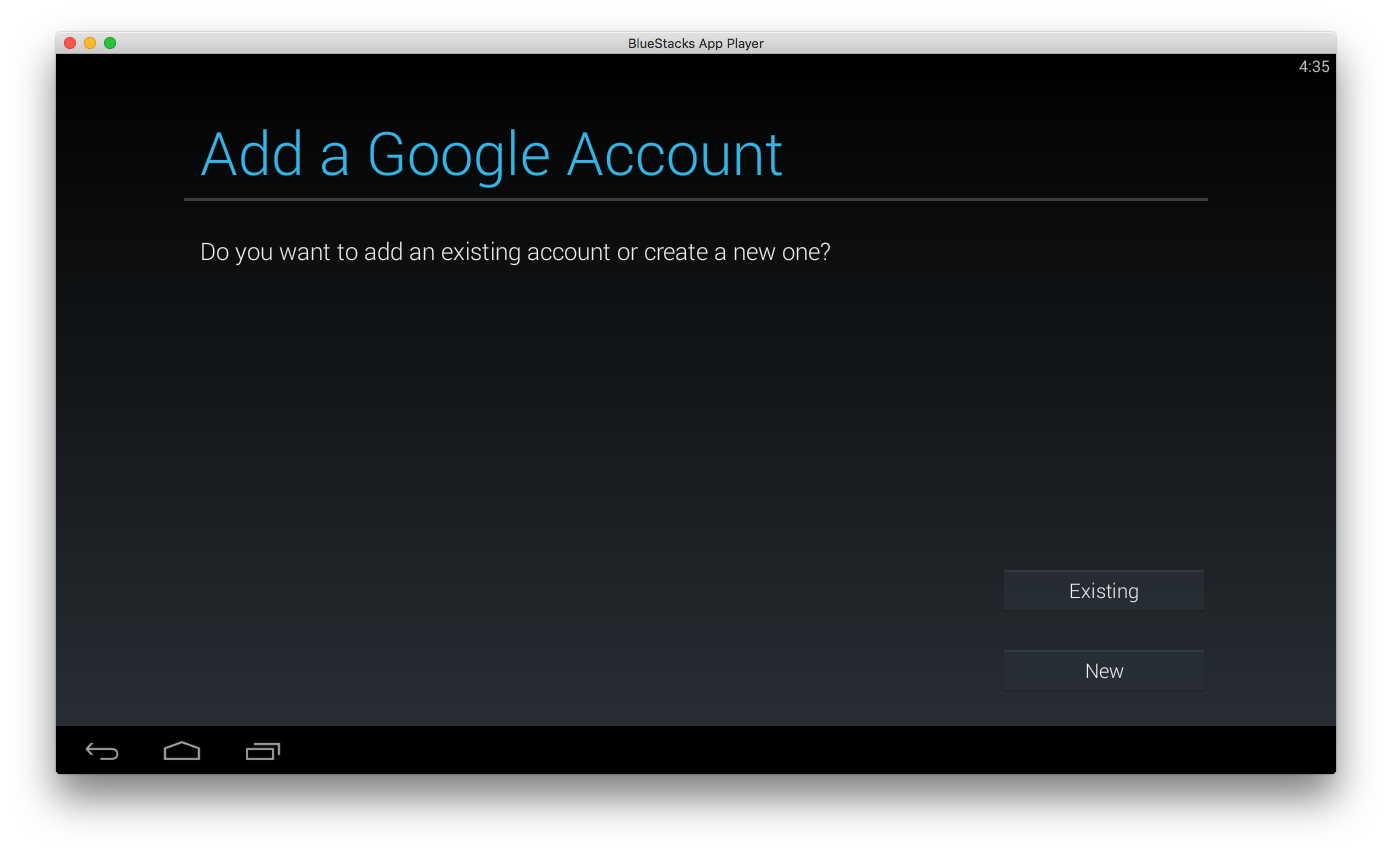 The keyboard can be tricky.You’ll find more information to use the virtual keyboard on their support.

To install any app you’ll have to search to access to the store. I assume they did that in order to filter apps that work or not with Bluestacks in a future version. 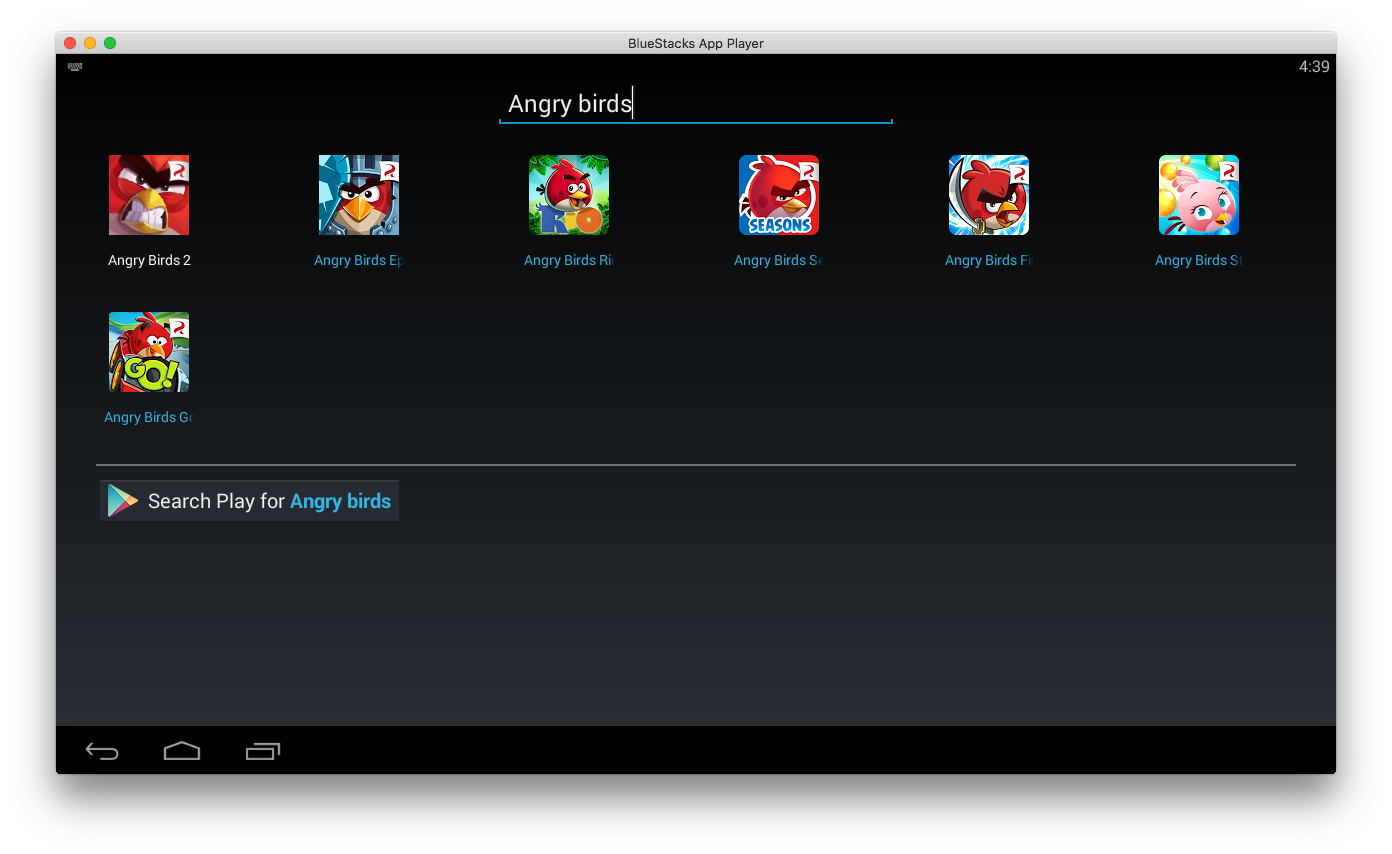 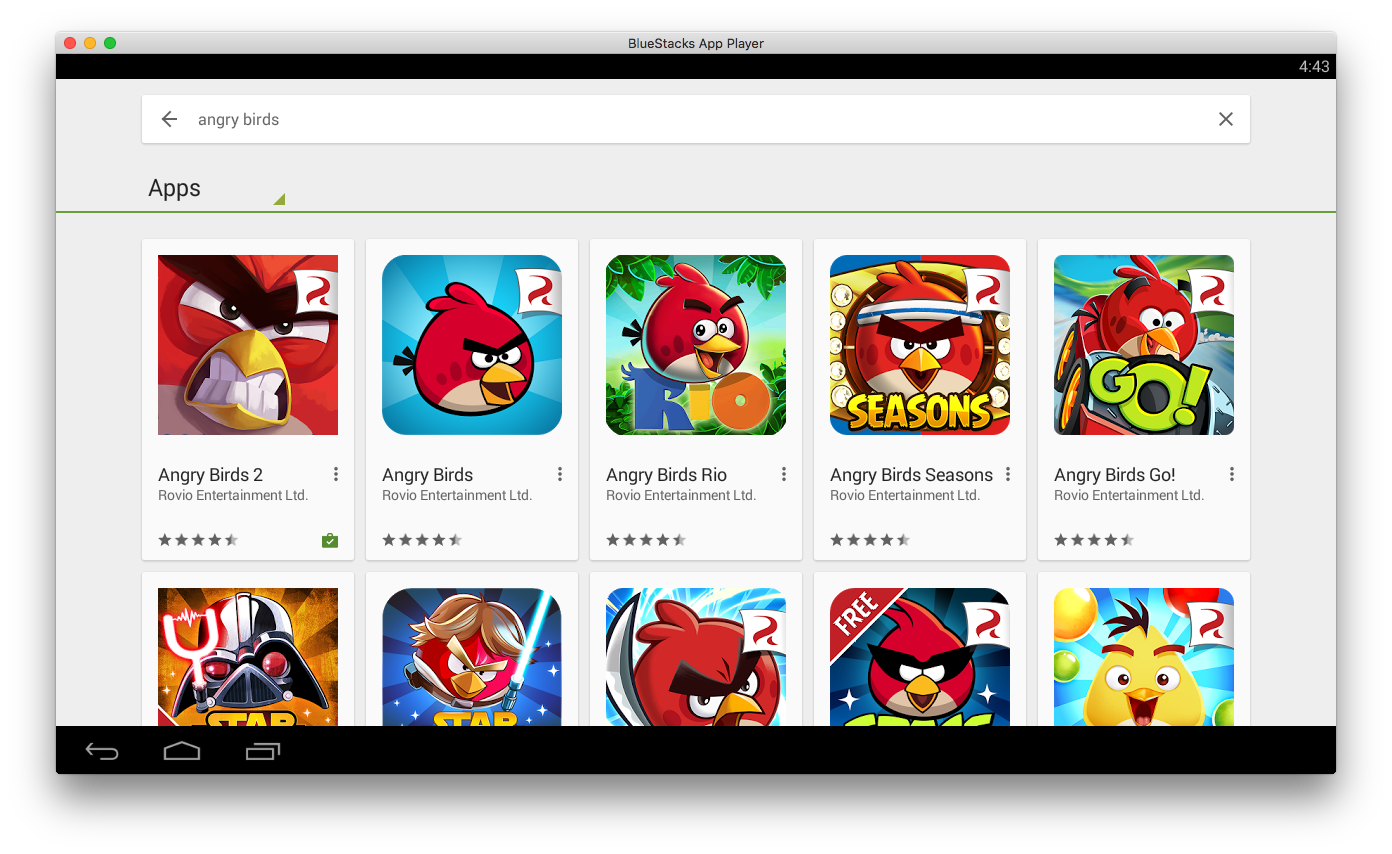 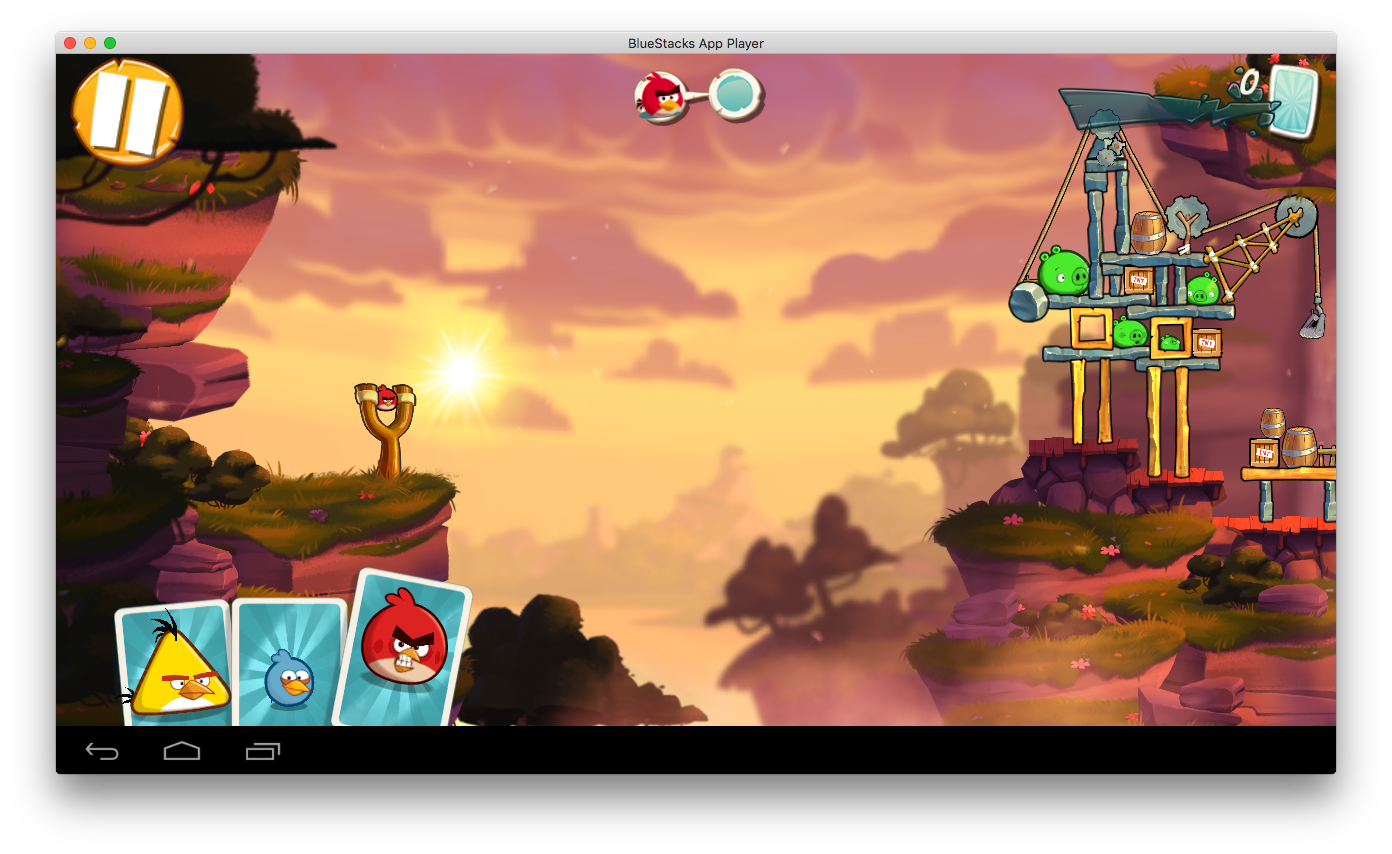 I was a bit surprised by Google Now. Actually surprised because the speech recognition works perfectly and I discovered that Weinto works as well! 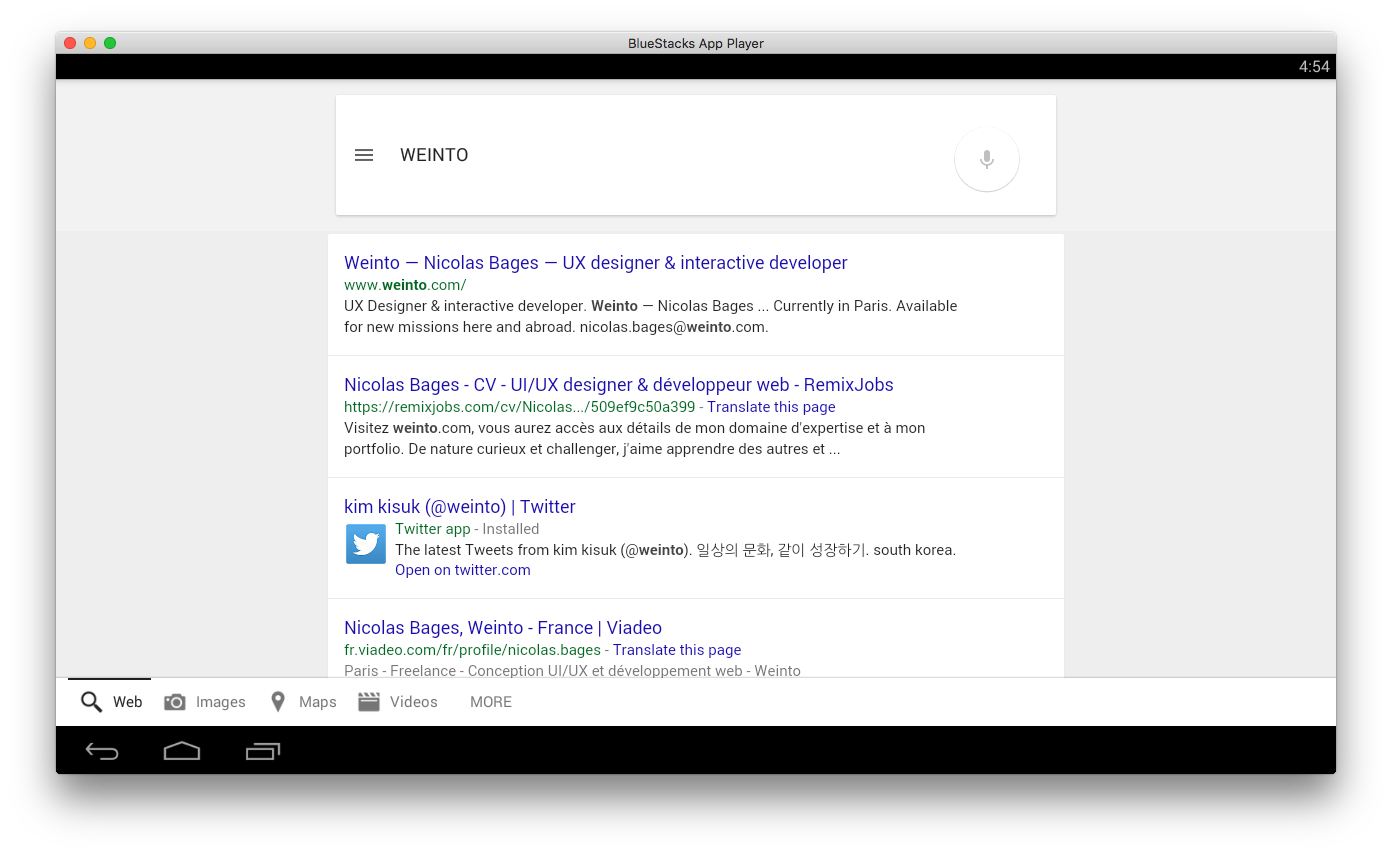 For the rest I have to admit that I looked for services which are not available from a browser and the only one I could find (in a 3 min search) is Tinder. People would say WhatsApp, Messenger and Google Contact (out of Gmail) but everything is available on OSX now. It looks like their promise to run games first is a good choice!